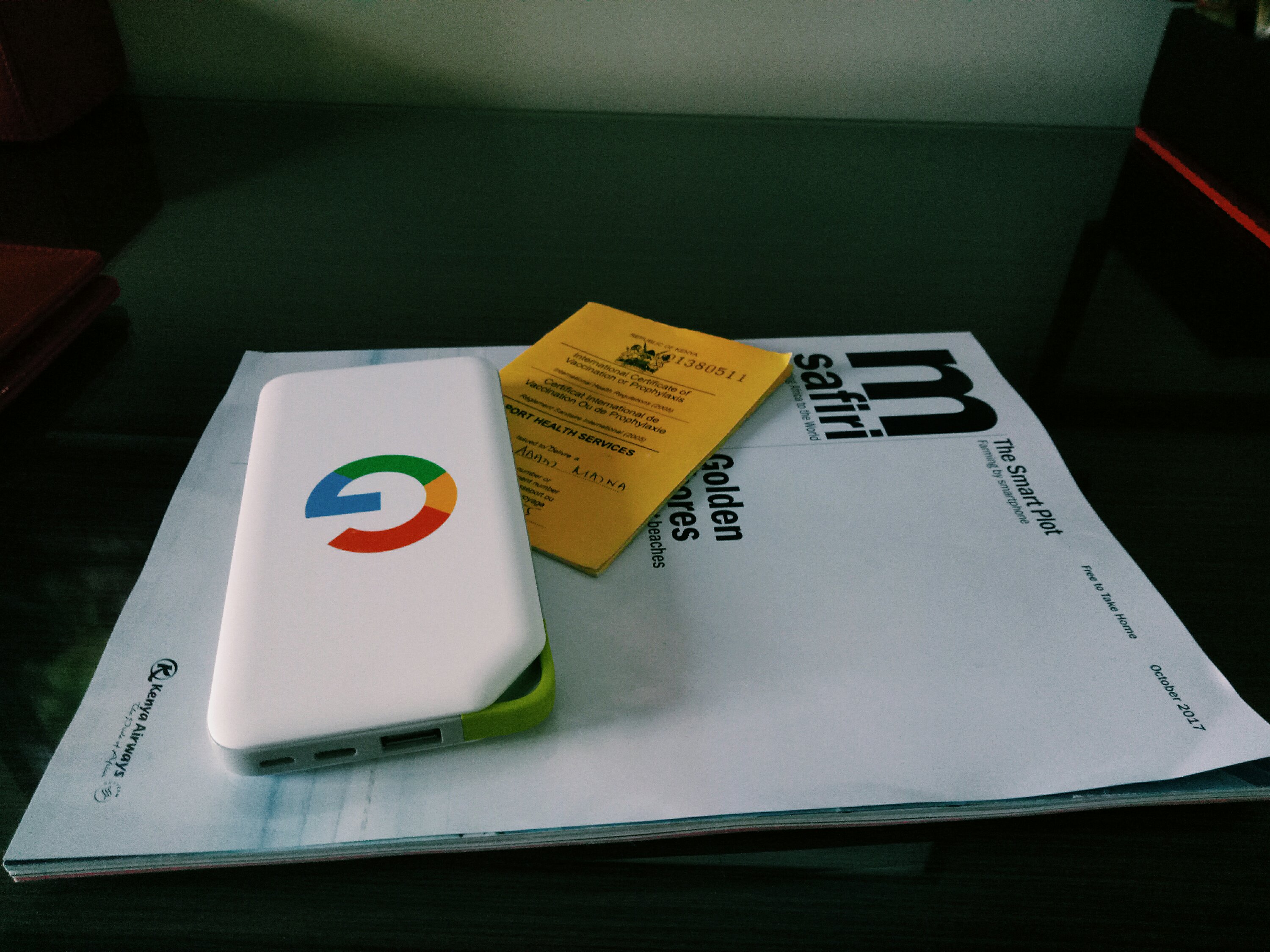 Located on the south west side of the vast nation of Nigeria, Lagos is a hub of culture, amazing cuisines and welcoming people. I was honored to be part of a Google online campaign dubbed, #GidiWithGoogle, Gidi in this case is a nickname of Lagos, same way Jozi is to Johannesburg. The campaign was aimed at showing how one can travel using the various Google apps, from Google trips, Google app, Google maps and Google photos, just to name a few.

The Kenyan team left Nairobi on Wednesday, October 4th, 2017 aboard the pride of Africa, Kenya Airways, commonly known as, KQ. We arrived in Lagos some minutes past midday and we were welcomed to a somewhat chilly city but the signature Lagos heat was still on our faces. One thing that amazed us is the fact that the Visa on arrival office at the MMIA airport had ran out of the visa stickers and we had to leave our passports with the authorities there and left with just photocopies of the same so that we could be able to check in at the hotel.
We then proceeded to The George Hotel, Ikoyi. An uptown, lavish and elegant hotel in what I was made to understand as one of the upscale places in Lagos. The reception was warm, and after check in we refreshed ourselves and proceeded to Terra kulture, an arts and culture center in Lagos with an attached restaurant. Here, we checked out the art gallery, blessed our eyes with wonderful, fine art and had lunch courtesy of Terra kulture’s amazing chef.

After indulging in the local delicacies, we headed back to the hotel for some rest ahead of what was a super dinner at The Backyard bar and grill. We were welcomed by a Google themed photo shoot after which we settled in to dinner 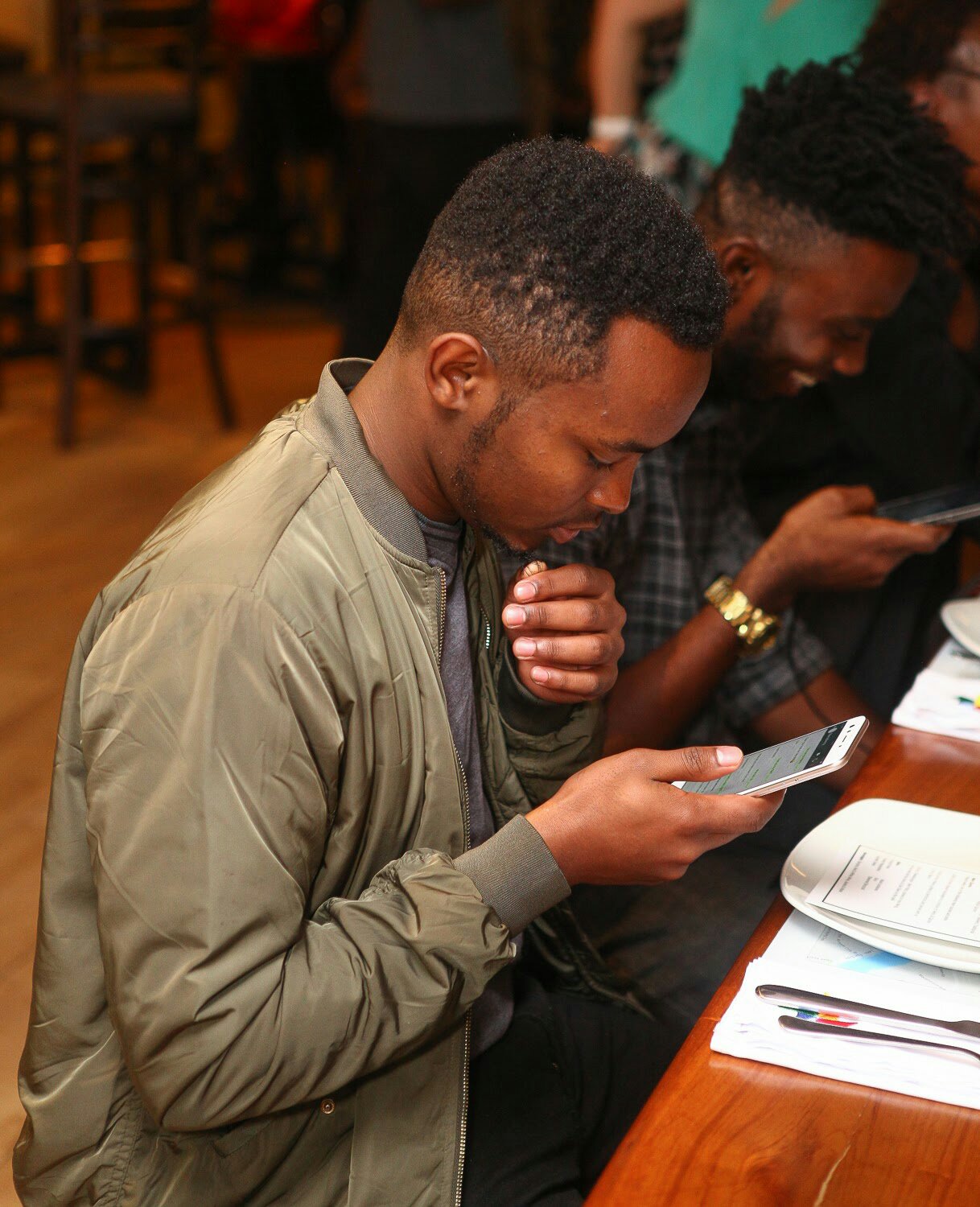 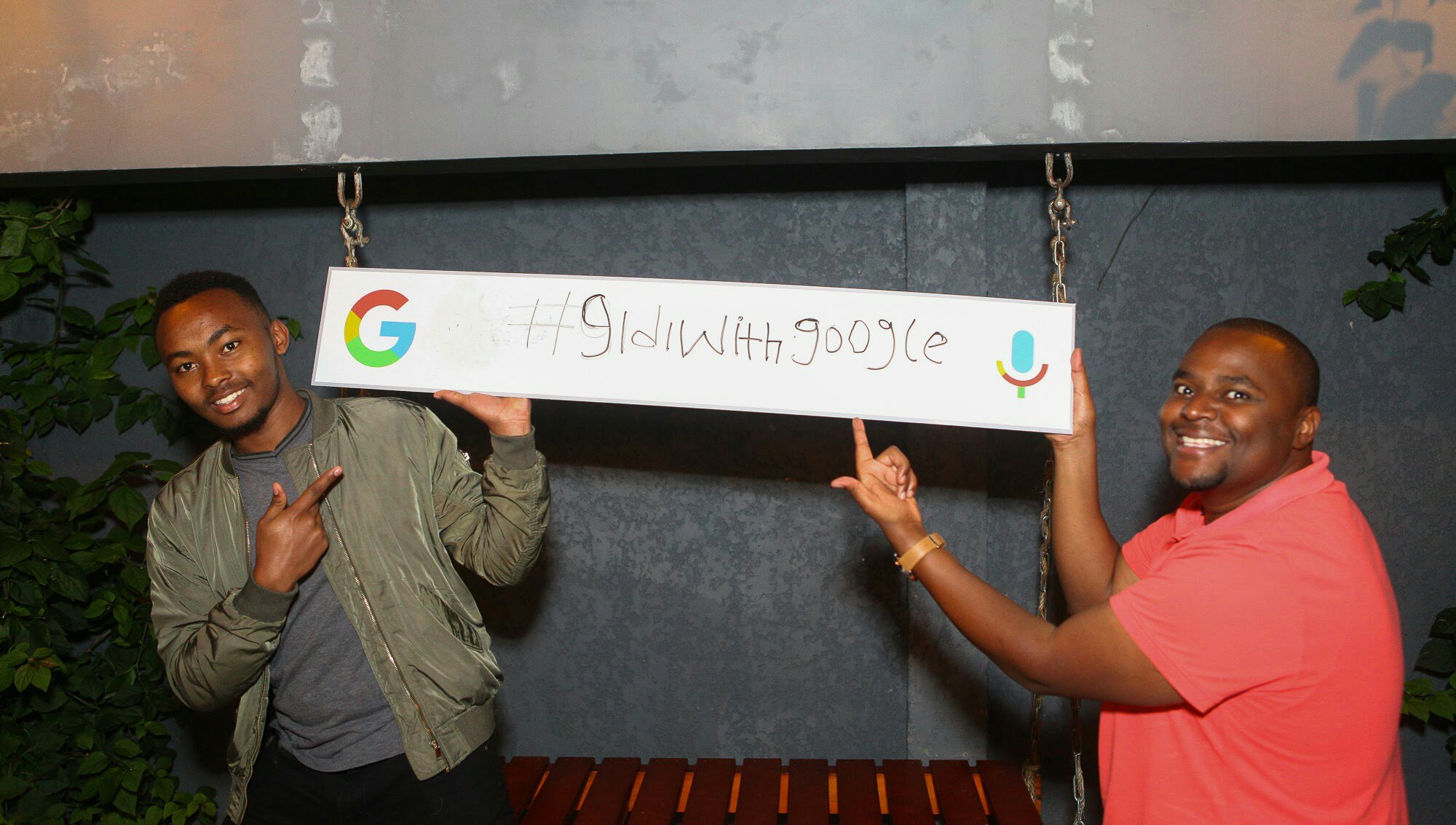 Day one was over and we retired to bed.
Day two started off with a breakfast briefing by the Google lead team at The George Hotel, setting the goals of the trip and laying out various issues 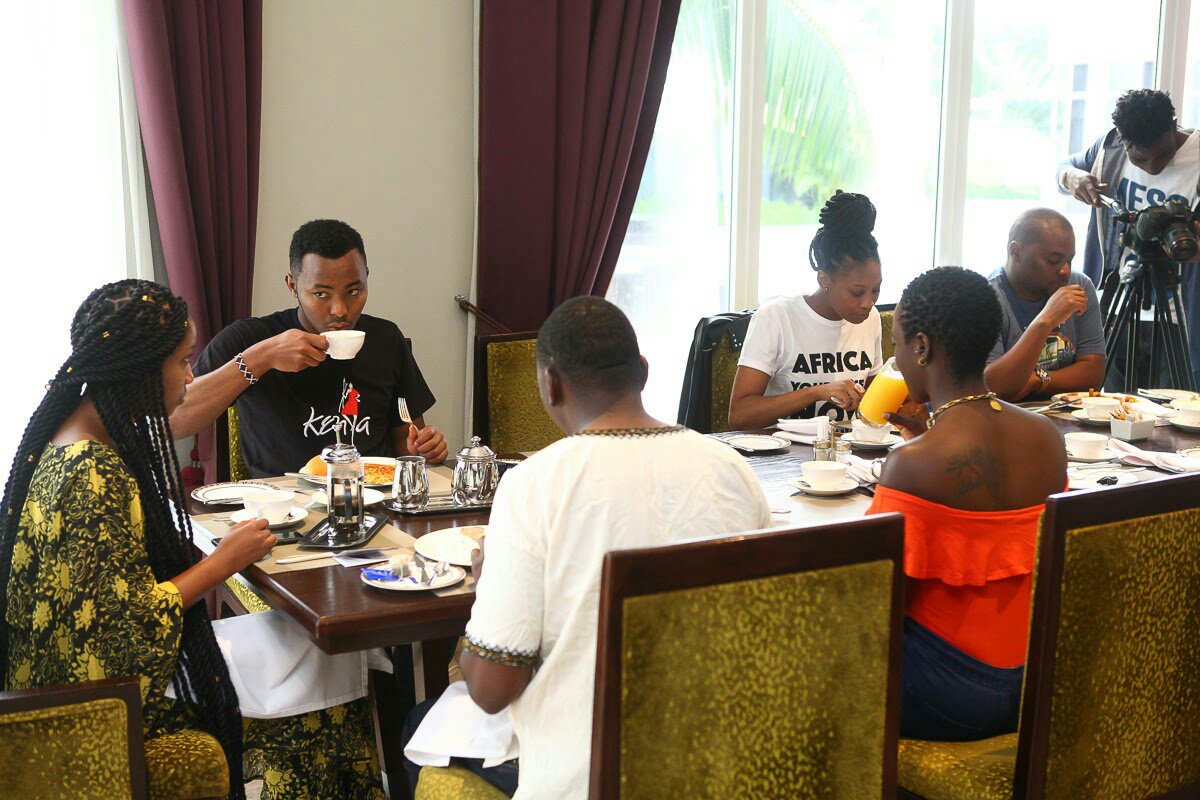 After the breakfast, we left to Lekki Conservation Centre, one of the best natural reserves in Nigeria. It is located on the Lekki – Eppe Expressway and covers a land area of 78 hectares. The conservation centre is run and managed by the Nigerian Conservation Foundation. It was set aside as a natural habitat for plants, and animals as urbanization has led to the encroachment of natural areas. 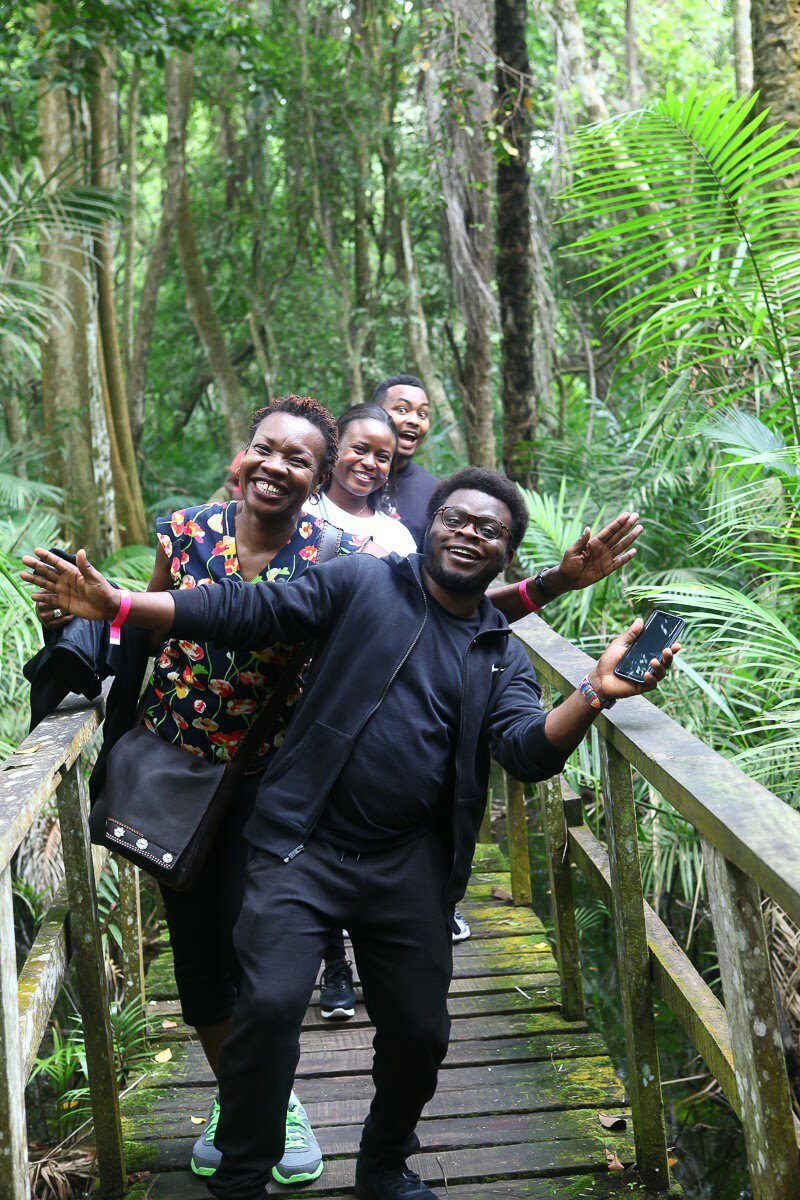 Activities you can embark on at the conservation include, going on a canopy walk at the 401 – meter canopy which is the longest in Africa. You can explore the park and get a bird`s view of the various habitat types.
Want to see the crocodile spotted at the swamp area of the LLC or a 95-year-old tortoise? The Lekki Conservation Centre is the place to be. You can also play chess and other games at the reserve and it does not really matter if you are a novice at these games, just play it for the fun.

The main activity at LLC has to be the trail nature, where you can explore and wander about in the conservation and also climb up the tree house. 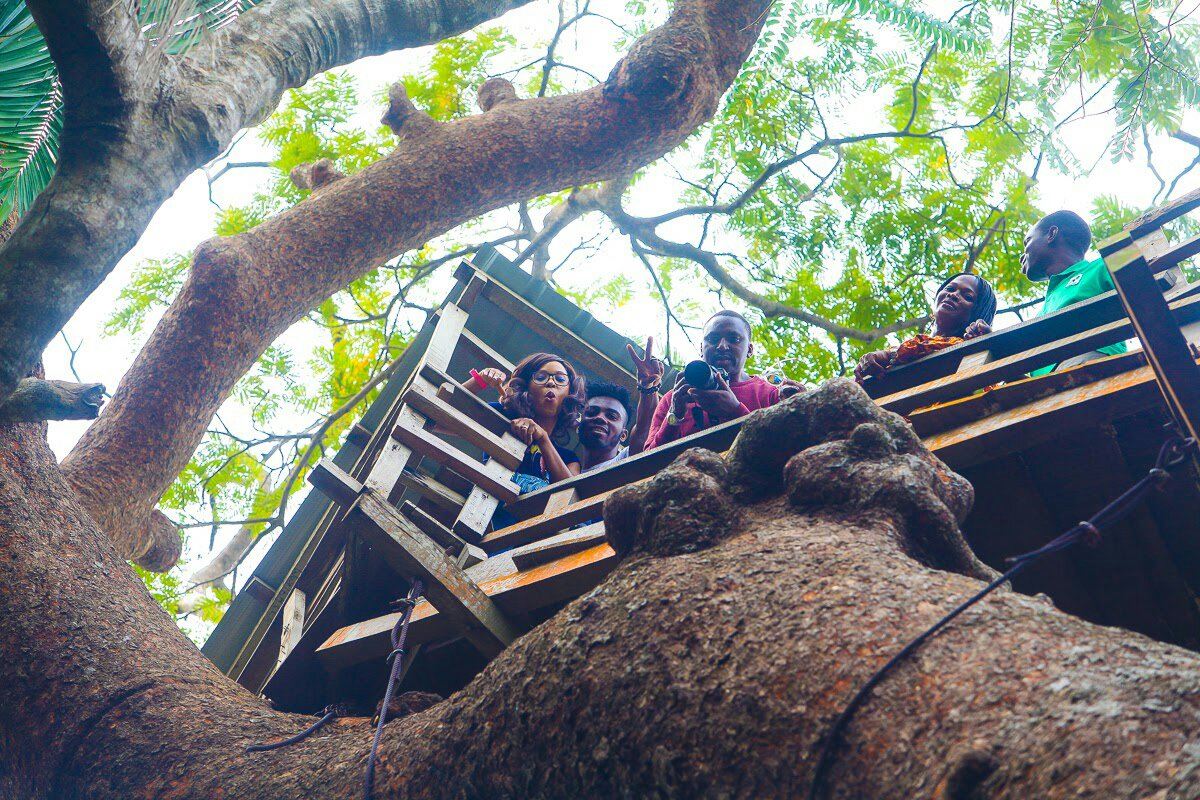 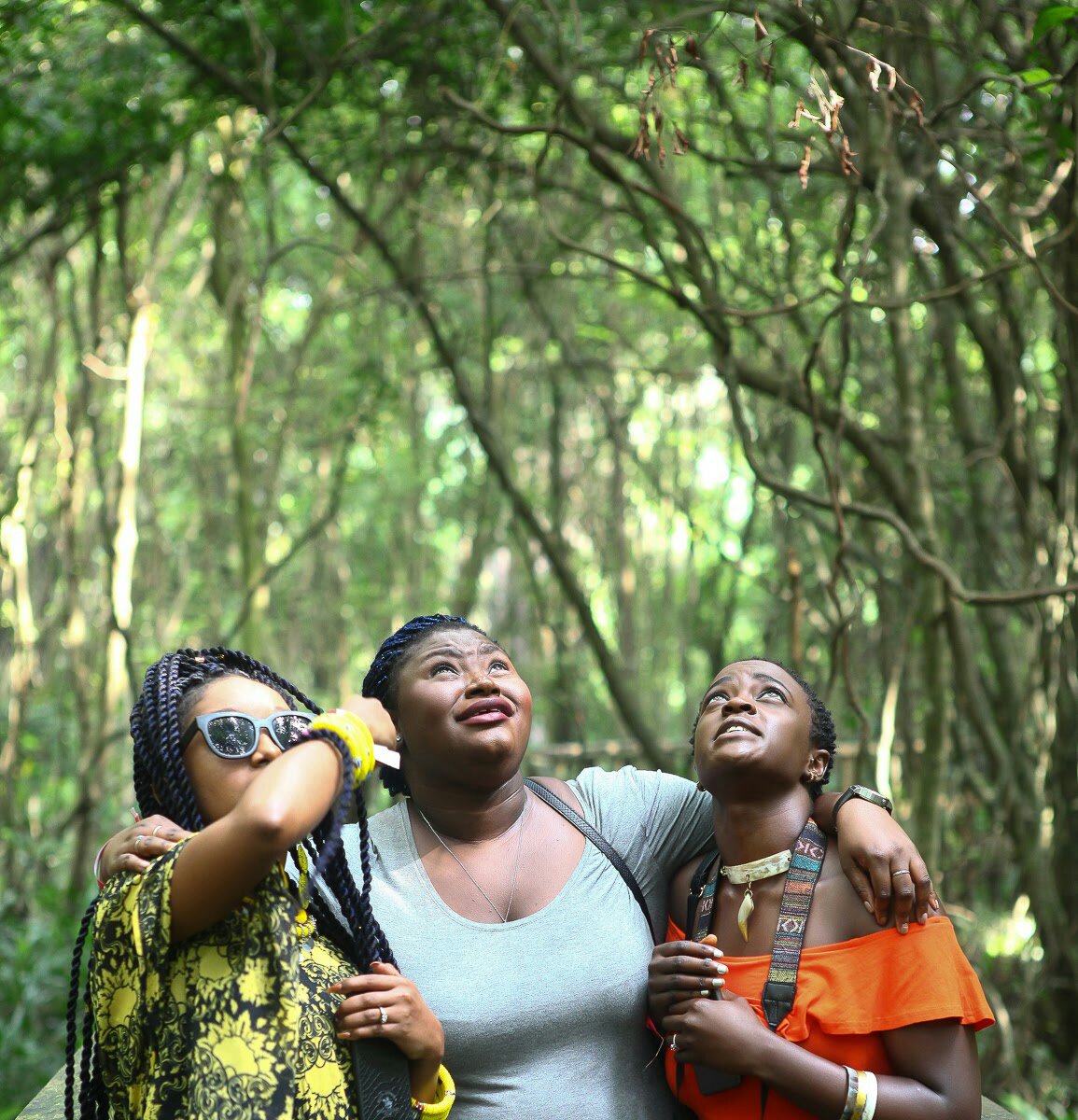 After the nature touch, our bellies were empty and we left for Chef Eros studio one for cooking lessons on the widely popular Nigerian jollof rice. I was amazed at the amount of what I would like to refer to as artistry goes into making of the staple Nigerian cuisine. Here we were also taught the proper way of setting a formal and informal dinner table. And after the class we had the chance to indulge in his delicacies which left most of us amazed and full. 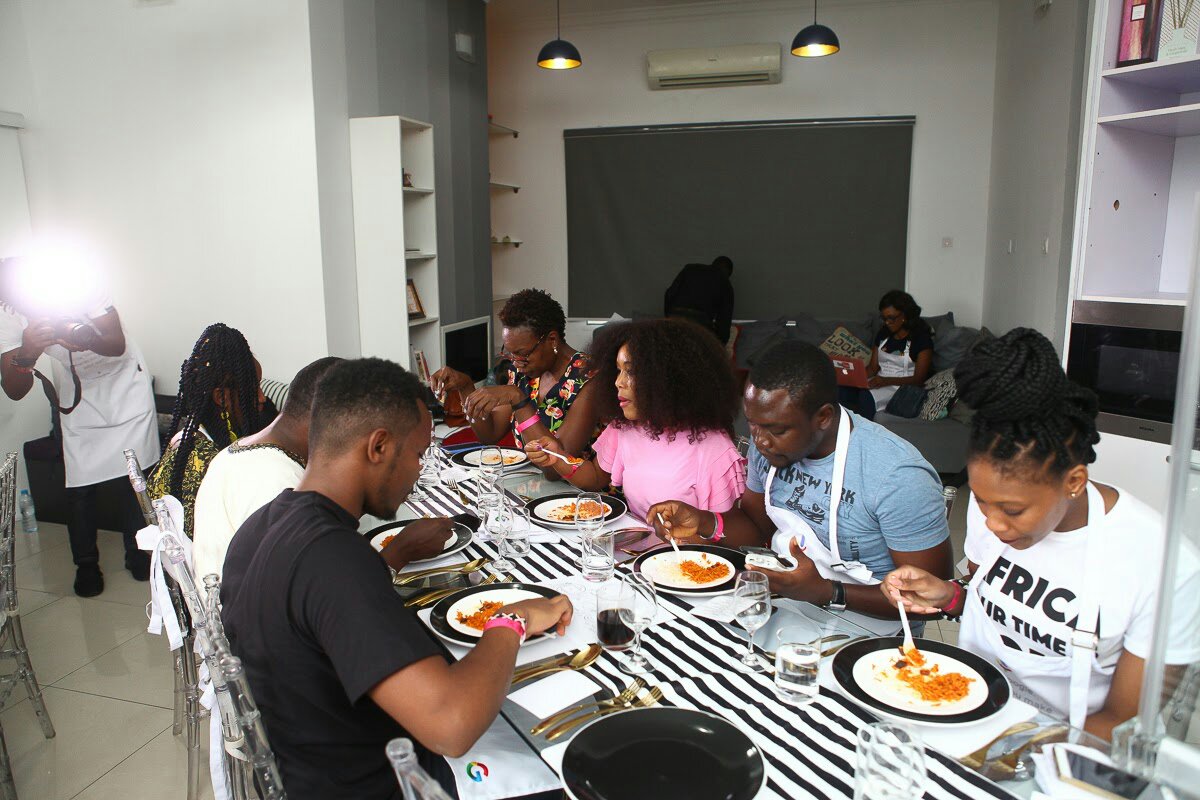 After the session, we left for the Lekki Arts and Craft Market, but on arrival we sadly learnt that one of the vendors had passed on and so the market was closed for the day as the others had gone to console the family. So we left for a boat ride not so far away from the market. 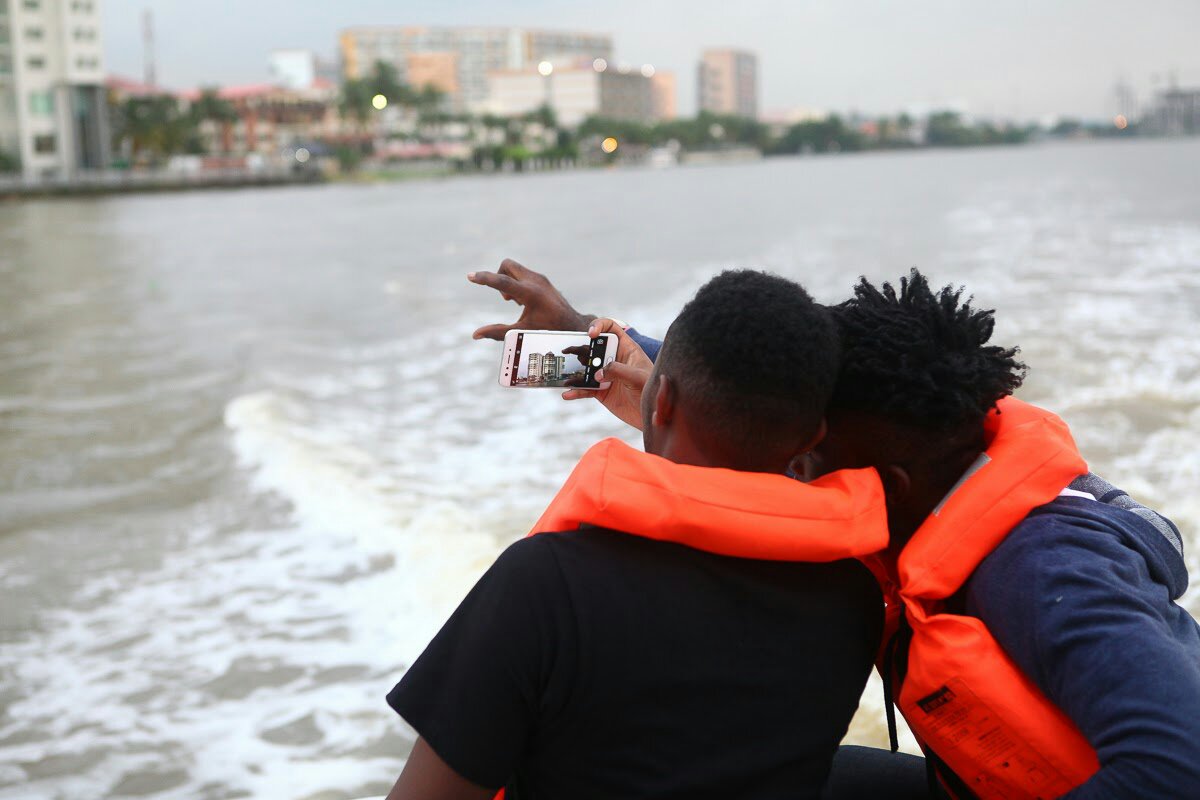 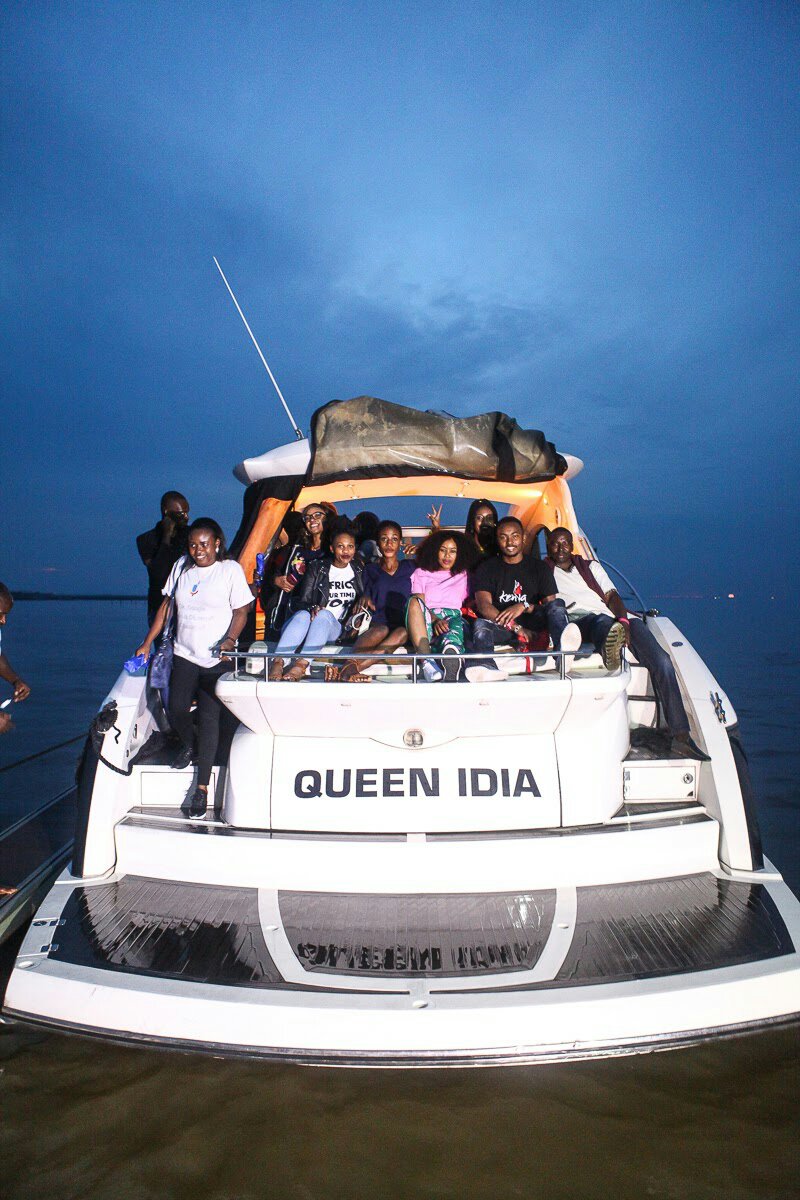 The boat ride took us on a trip of the Eko Bridge where we appreciated the massive architectural designs around it. The boat ride culminated with a dinner at the ocean bay, where we were welcomed with some palm wine, local Nigerian drink. After that we enjoyed traditional meals and then headed back to the hotel. 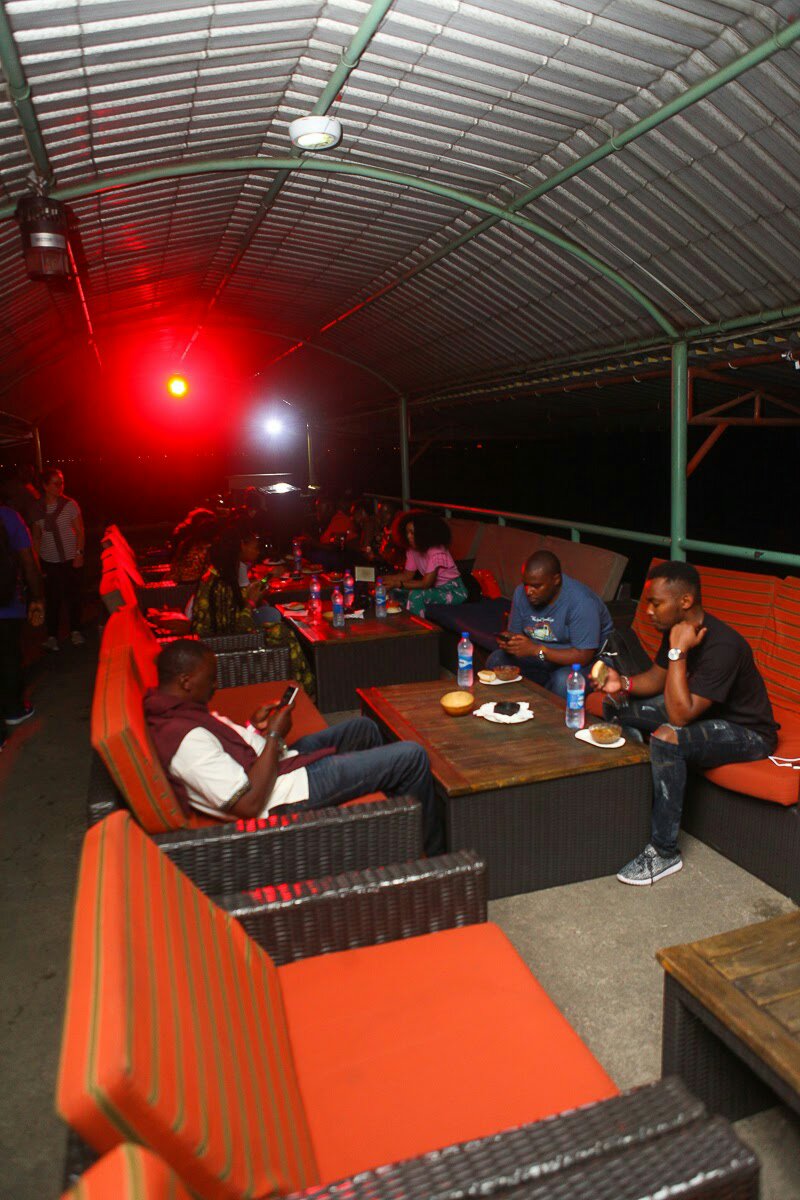 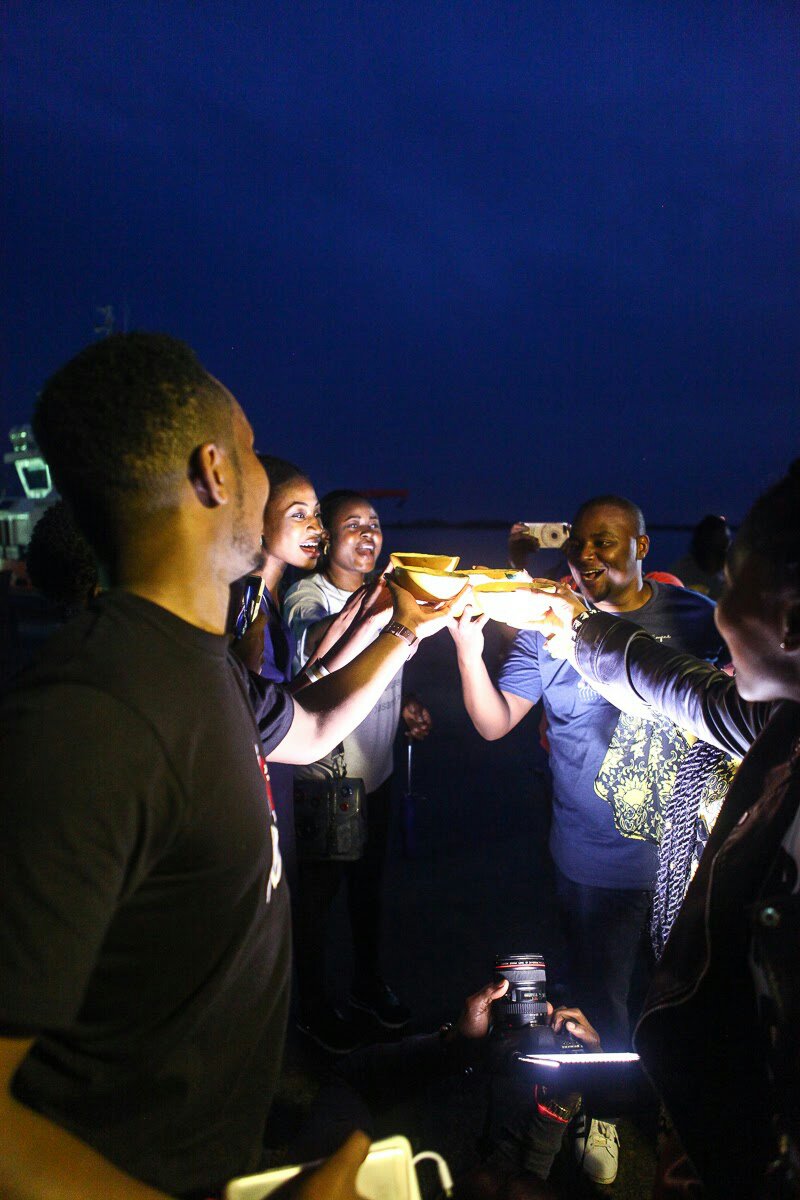 Day three started off with breakfast at The George Hotel, and then we left for Freedom Park which is an arts and recreation centre located on what used to be a colonial prison in Lagos. There is a part of the park where the old prison cells have been recreated. As if all that is not enough, to keep you entertained, a performance or arty event holds almost every weekend at the park.

After the park, we travelled to Fela Anikulapo Kuti`s house. Fela Kuti is an Afrobeat legend and his home was turned into a museum, and has been renamed Kalakuta Republic Museum. His trademark items like shirts, shoes and musical instruments are on display at the house. You will also learn of the various Fela life stories from the guide there.

From his house we left for lunch then the hotel as we prepared for an Ankara themed dinner at the Bogobiri house. This was our last night there and so it had to be a party. We bumped to various African music as we indulged in Nigerian food. We later left for the hotel having experienced Lagos first hand.

The trip will always remain memorable to me. I will also do an article on the Nigerian food. 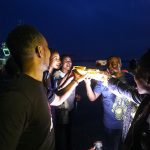 Next Story:
13 DO’S AND DON’TS WHEN TRAVELLING TO LAGOS, NIGERIA 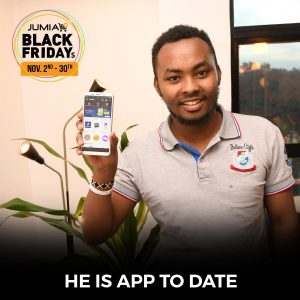